Canadian actress Shara Summers is the heroine of my contemporary amateur sleuth series. 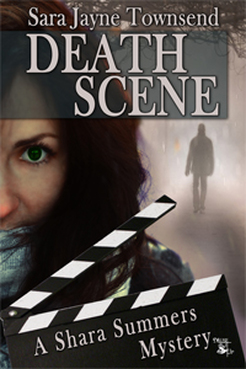 British-born, Toronto-based, actress Shara Summers turns amateur sleuth when her sister is stricken with a mysterious illness. Summoned back to England to be with her family during a time of crisis, Shara discovers doctors are at a loss as to what's causing Astrid’s debilitating sickness.

After her aunt is found dead at the bottom of the stairs the death is deemed an accident. Shara suspects otherwise. Her investigation unearths shocking family secrets and a chilling realization that could have far-reaching and tragic consequences that affect not only her own future, but Astrid’s as well. 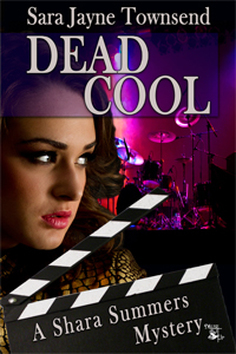 They were dying to be famous...but who would resort to murder?

Actress Shara Summers has settled in London and is “between jobs” when her Canadian ex-boyfriend David sails back into her life, begging to her to fill the backing singer vacancy in the up and coming band he’s about to go on a European tour with.  Short on funds and auditions Shara reluctantly agrees, but tragedy strikes at the opening night party when the band’s charismatic front man Dallas Cleary Anderson falls to his death from a hotel window.

It soon becomes clear that Dallas did not fall, but was pushed.  His arrogant and confrontational manner means there are no shortage of people who wanted him out of the band permanently – but who would resort to murder?

Publication Date TBC...
The price of fame is murder...

Actress Shara Summers feels that being hired to play the ghost on a reality show about a haunted house is scraping the bottom of the barrel, but actresses desperate for work can’t afford to be picky. Besides, how hard can it be haunting a group of people who want to be famous?

However, it soon becomes apparent that nobody involved in the show is who they appear to be, and it’s not long before secrets start to come out and a body turns up. With no way off the remote island, it’s evident that the murderer is amongst them.

Can Shara discover who has a secret they’re prepared to kill to keep, before she becomes the next victim?
Powered by